In the market for a flash and fast set of wheels? Don’t settle for a run-of-the-mill performance hot hatch. Go the whole hog and take your pick from a catalogue of gleaming sports cars.

Really, with a sports car, you tend to focus less on practicality and more on how much power you can fire to the wheels.  But even if your number 1 priority is horsepower, there are likely other specs and extras that you’re looking for too.

2 seater or 4 seater? What safety or infotainment tech are must-haves? How comfy do you want your seats? And the brands! Lotus, Maserati, Audi, Aston Martin - there are a lot of manufacturers out there. If only someone could narrow the top picks into a handy list!

Fancy putting the roof down and enjoying some sun? Check out our best convertible cars for some options. And if you want a new car that’s even more high-brow, take a look at our best luxury car and best small luxury car roundups. 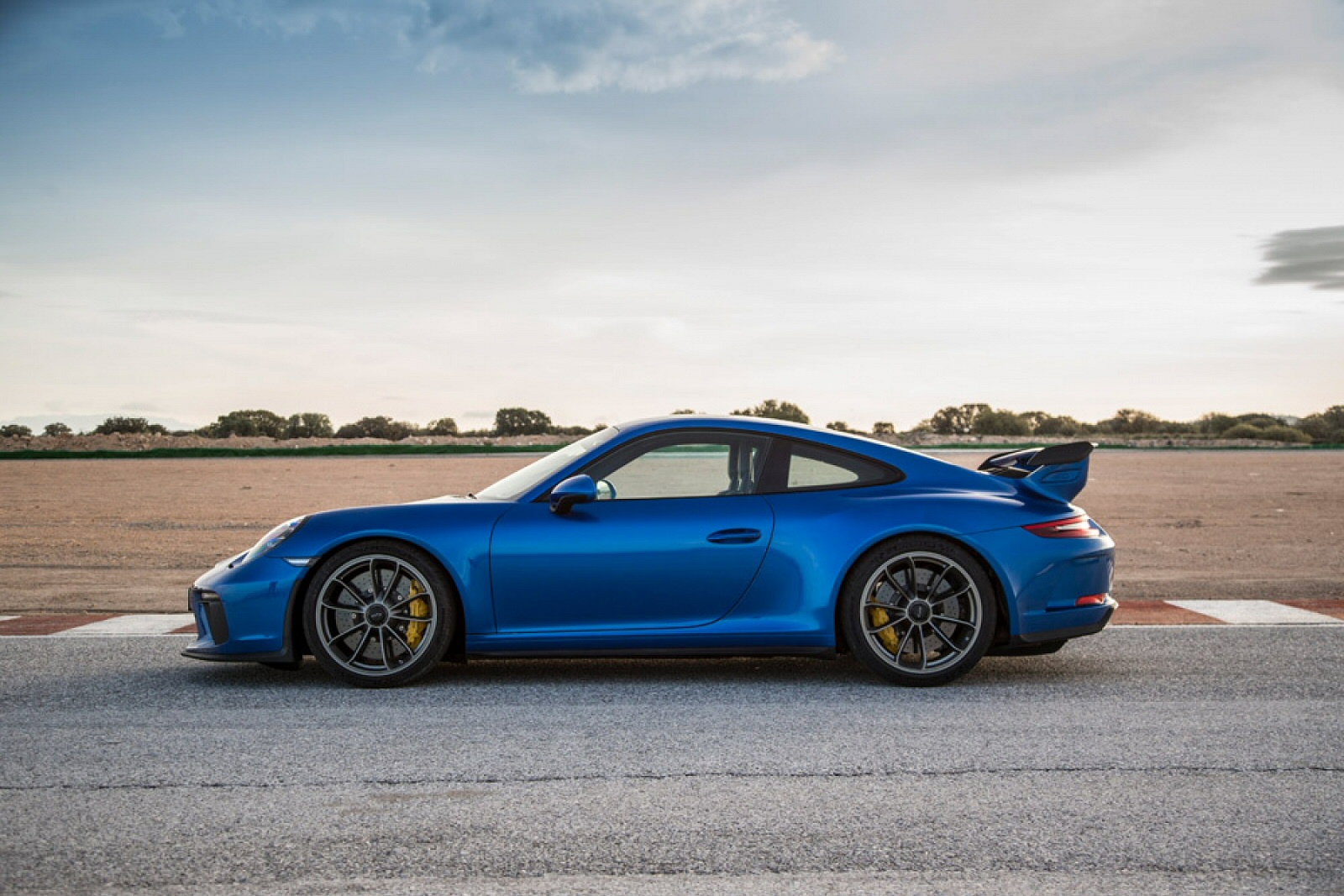 Of course, number one on our list would be a Porsche. And this isn’t even their only entry, so you know that they know their stuff.

So many affordable sports cars are compared to the 911. It’s super fast. It’s sophisticated. And it’s practical for everyday driving, which is a bonus if you don’t want to shell out on a second set of wheels for the more mundane daily activities.

The Porsche 911 Carrera is available in a bunch of trims: Carrera 4, Carrera S, Carrera 4S, and more. It has an incredibly impressive breadth of ability, and the petrol engines on offer are particularly nice. Its four-wheel drive capabilities promise enhanced security and steadiness when you’re running at top speed, meaning you don’t need to compromise on safety when you’re shredding the tarmac. 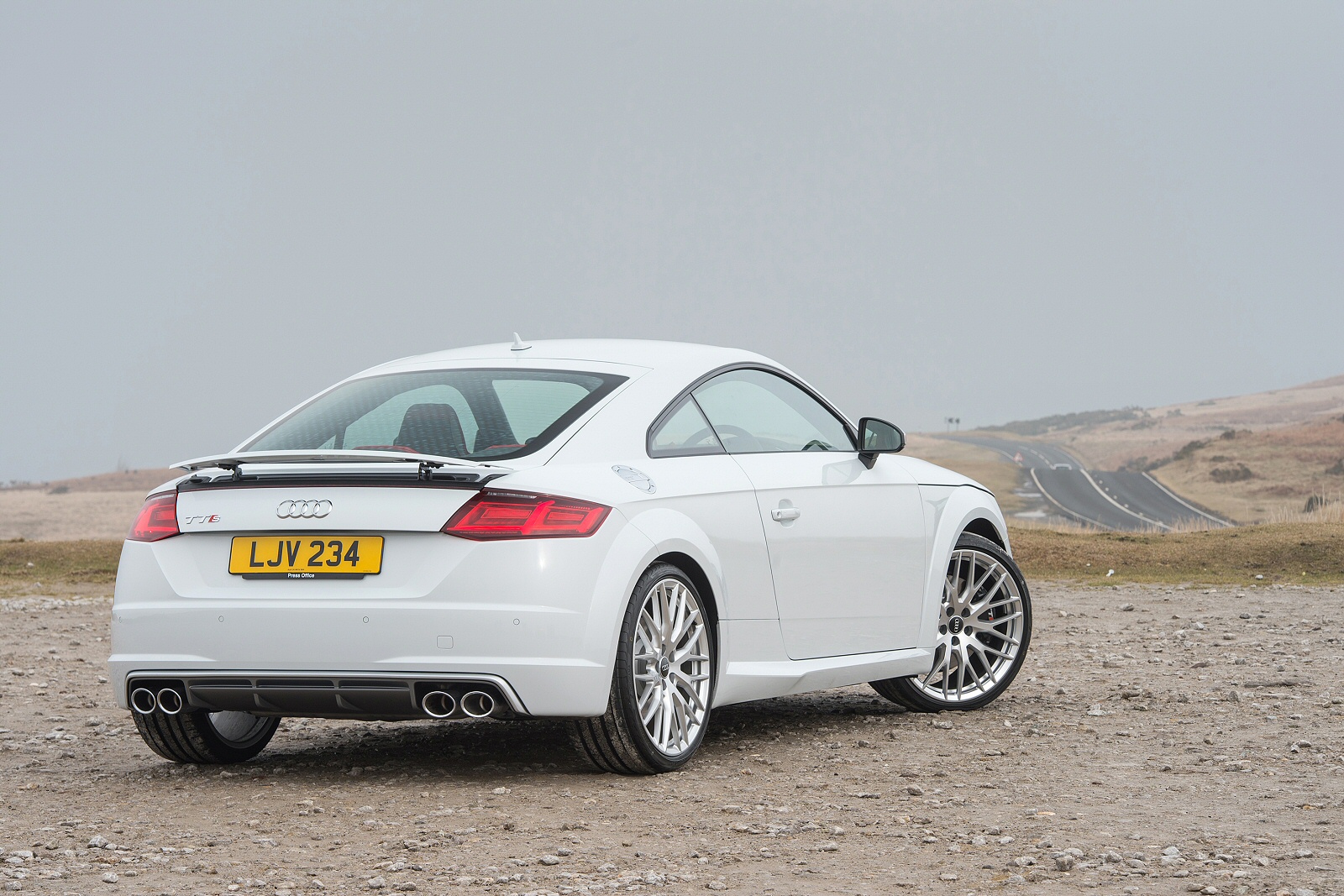 Launched for the first time way back when in 1998, Audi pushed their German engineering precision to the limits to craft the gorgeous modern-day third generation Audi TT. This revamp came just in time for the 20th anniversary of its first launch, so they had to make sure it was pretty special!

The Audi TT is available either as a 2+2 coupe or a 2 seat roadster. Think about whether you want to cram anyone in the backseat on a regular basis when making your choice. Kitted out with iconic Audi features, like the quattro All-Wheel Drive, Audi’s Virtual Cockpit and the Audi S Tronic Transmission, driving in a TT is a dream. You’ll grip the tarmac like a limpet and steering is as easy as cutting through butter.

It’s one of the best sports cars on the market, and you can really get your money’s worth for everyday driving, too. With the TT, you can have the confidence that you’ll look cool, be safe, and be able to maximise on power.

It’s such a close call between the Porsche Boxster and Cayman - the ultimate decision rests on your own personal preference. The Porsche 718 Cayman (or Boxster if you prefer) is a great entry-level offering if you’re just dipping your toes into the waters of affordable sports cars.

It has a sturdy and effective 2.0-litre four cylinder turbo petrol engine that packs a punch. For some though, the four cylinder offering is a bone of contention, placing it a good step down from its 911 sibling. You can up your horsepower by opting for a different trim, like the tricked out S-Level.

Porsche are experts in grip and steering so, no surprises, the 718 is outstanding in both areas. The Porsche 718 is up top with the greatest small sports cars, so if you’re looking for something more compact, this should make your shortlist.

Our next entrant on our roundup of the best affordable sports cars is the C Class, a compelling Mercedes-Benz offering. It is definitely at the higher end of the spectrum when it comes to affordability, but it’s vastly cheaper than those million pound Ferraris and Bugattis and a great option if you can stretch your budget.

Again, you have your pick of a coupe or roadster and a range of trims with varying horsepower. With Mercedes, you’d expect absolute top-of-the-line performance and you won’t be disappointed with the C Class Cabriolet.

The combination of the well-engineered engines and lightweight aluminium frame construction will see you whizzing down the road like you’ve been shot out of a canon.

The handling, however, is a bit on the stiff side. When you’re having to switch on the softest damper selection, you’ll quickly realise that it wasn’t exactly designed with our bumpy British roads in mind.

BMW took inspiration from their 2 Series range, stripped it back, and crafted a sleek sports car: the BMW M2. Available only in coupe-style, and only as the “M2 Competition” model in Britain, it’s not for you if you are just dying to crank that roof down on a hot summer’s day.

The previous incarnation of the BMW M2 has been drastically revamped in this edition, kitted out with a 3.0-litre twin-turbocharged straight six-cylinder petrol engine. BMW has given the chassis some much needed TLC, sharpening the suspension, giving you more control. This is only enhanced by its rear-wheel drive.

You’ll reach 62mph in just a few seconds, and the improved turbo in the BMW M2 Competition helps it to stand out in its class of performance cars, allowing you to work it to its potential.

When you think about the Juke, the Leaf, and the Qashqai, Nissan doesn’t exactly scream “sports cars manufacturer”. But they’ve made it on to this list with the stunning Nissan GT-R.

Previous versions of the GT-R were heavily criticised for their lack of refinement so Nissan has pulled out all the stops to improve the performance, control, and comfort of this set of wheels to stake their claim to membership of the sports car club.

The GT-R comes with a seriously high powered engine and agile four-wheel-drive system, a light chassis, and wide tyres to give you great gripping strength for smooth handling. It’s not as efficient as most, but it’s packed with driver-assist systems to make the driving experience cleaner.

When you’re looking for a sports car, you want something that will turn heads when you start revving the engine. Something that will have people reaching for their phones to snap up pictures as you whizz by. Well, you definitely have that with this Mazda offers.

The most recent update has seriously raised it on a platform above its predecessor. The design has been much better thought out, leaving you with a shorter, lighter, and roomier vehicle.

The Mazda MX-5 is one of the best small sports cars on the market, the supercar rival to a sea of hot hatchbacks. It’s a bit slower than other sports cars, but it makes up for this by being pretty fuel-efficient.  Overall, it’s got great handling and offers an enjoyable, speedy ride, perfect if you’re looking for something that packs a punch but doesn’t cost a fortune.

At first glance, you’d be forgiven for mistaking the BRZ for a Toyota GT86. Subaru did in fact team up with Toyota to bring you the BRZ, one of the most wallet-friendly cheap sports cars around.

2.0-litre flat-four front petrol engine. Rear-wheel drive. Manual or automatic transmission. The Subaru BRZ is a neat coupe which goes back to basics: giving you a thrilling drive.

When you pin it against other cars in the roundup, its interior is somewhat lacking, but perhaps that was intentional. Strip back all the gadgets and gizmos and focus on the driving itself. It comfortably seats two people, but if you try and cram another two in there, they better be kids.

The low running costs and low initial price tag have secured the Subaru BRZ a spot in this roundup and you’ll still get that supercar feel when you’re behind the wheel.

The Alfa Romeo Giulia is one of those rare 4-seater sports cars making it ideal if you need to tow your kids along but you don’t want to settle for a Volvo or a Renault. Alfa Romeo fans are complete loyalists so there’s a good chance that, if you’re an Alfa fan, you’ve been scrolling down this list to find their name.

The Giulia is starkly positioned as a powerful performance saloon. It has an incredible engine offering plenty of acceleration, and it has terrific handling. Reaching a bumpy stretch of the road? Flip on the softer damping control and you’ll barely feel a thing.

Alfa Romeo has transformed the latest Guilia, not only aesthetically but performance-wise. It’s a fantastic machine, perfect for those seeking that authentic Italian design.

Here’s one for the eco-conscious drivers amongst you - you can still experience the thrill of a super sports car without destroying the ozone layer. In steps the Honda NSX - a hybrid!

It’s a bit on the pricier side of affordable, but when you compare it to the ultimate supercars from Aston Martin and the likes, it actually works out at about 10% of their prices.

Honda has paired a petrol engine with 3 electric motors in this model. The clever hybrid system can shut off the petrol engine when you’re cruising or driving at low speeds. The hybrid tech, however, isn’t great when, as with all sports cars, it comes to the inevitable stamp down on the accelerator.

You can switch between driving modes with a simple dashboard switch. Take your pick of Quiet, Sport, Sport+, and Track. Quiet prioritises the electric engine when you’re in the suburbs and Sport+ massively sharpens the engine’s response.

Other sports cars on this list have been designed to be light and speedy but the Honda NSX is pretty heavy. At around 1800kg, it’s a stonking 300kg heavier than most others here.

Sports cars are going to be expensive - there’s no way around that. But don’t be fooled into thinking that you can never afford one.

While buying new will be difficult for most people, leasing offers a much smaller monthly cost, as you’re only paying for the depreciation of the car. It also lets you swap it in for a better model in just a couple of years.

Want to enjoy Britain's four days of sun? Consider one of our best convertible cars. Or are you on the lookout for something a little more sumptuous? Our best luxury car and best small luxury car roundups should do the trick. We've also gathered all our sports car lease deals (and supercar lease deals if you're feeling fancier) so you can compare cars easily!

Whether you're looking for reviews on the latest car models or trying to wrap your head around the car leasing world, Emily has likely written a post to make your life easier!