A glorious time where national flags drape from windows and grown men relive their youth through the tournament’s official Panini sticker book!

As Friday 11th of June draws closer, football fans across the continent will have their fingers and toes crossed that everything goes according to plan this time around.

Originally scheduled to take place over the summer of 2020, the eagerly anticipated tournament was halted as a result of COVID-19.

One year on, and there is cautious optimism surrounding the event, with UEFA recently re-assessing and confirming the 11 host cities for this summer’s event.

You’re probably wondering what a car leasing comparison site like Car Lease Fetcher is yapping on about Euro 2020 for.

Well, there has always been close ties between football and the automotive industry; whether that be club ownership, sponsorship deals, or advertisements. These close ties inspired us to render a selection of concept football boots created by car manufacturers for their respective nations.

Which one is your golden boot?

Volkswagen is no stranger to the football industry, given that one of Germany’s most successful club teams - VFL Wolfsburg - was founded by workers of the VW automaker in the aftermath of World War II.

VW are also one of the main sponsors of the German national team so there’s no question where their allegiances lie. Come kick-off, the hugely popular auto manufacturer will be fully behind ‘Die Mannschaft’.

When it came to designing the boot we wanted to ensure that there was a geometric theme to gel with the designs of both the VW logo and the German national team emblem.

This can be seen through the subtle sprinkling of the VW logo on the toe of the boot, whilst the side of the shoe and the snazzy ankle sport is emblazoned with stripes of Germany’s national colours.

Working with two proud species of the ‘Big Cat’ family, this collaboration between British automaker Jaguar and the ‘Three Lions’ is written in the stars.

Dominated by the national team colours of red, white and blue, the two most prominent features include a ‘leaping jaguar’ ready for action and a St. George’s Cross bound together by a symbolic English rose.

Luxury and comfort is always the number one priority for Jaguar which is why the inner fabric is embroidered in cosy Ebony Windsor Leather.

No laces? No problem. Jaguar’s innovative engineers have revolutionised the football boot game forever by implementing a button-operated tightening system that works by simply pressing the circular Jaguar logo until you find the perfect fit!

As a long time National Partner of the Swedish Men’s football team, Scandi manufacturer Volvo already plays a huge role for the team by supplying the vehicles for all players and staff.

It’s always a joy to watch Sweden play at an international tournament because of their army of blue and yellow supporters. The sea of colour brings a level of vibrancy and atmosphere to the stadium that is matched by no other set of fans.

Therefore, it was never in doubt that our concept Volvo football boot was going to be lathered in blue and yellow segments.

The unpredictability of the French national football team makes for an exciting prospect. One tournament they’ll be flying high and the next they’ll be an absolute shambles.

That said, mercurial ability is in this teams’ DNA. As a result, there was only ever going to be one boot we based our concept design on - that being the Nike Mercurial.

The ‘tricolore’ flows seamlessly around the back of the boot, but it’s the new and improved Peugeot logo that catches the eye. Two stars also don the tongue of the boot to commemorate the countries’ two FIFA World Cup victories. Classy touch.

Ferrari is no stranger to the footwear market so it was a no-brainer when deciding who would step up to the plate for the ‘Azzuri’.

Designed for precision and speed, this boot shares the same attributes as the iconic ‘Prancing Horse’ that features on both the front and back of the boot design.

Gold is a prominent colour for the Italian national team - and rightly so given that they’ve won the FIFA World Cup a staggering four times.

Subtle touches of gold can be seen dotted across the boot, while optimal comfort is also guaranteed thanks to the lavish, cushioned materials that make up the inner section of the boot.

With the countdown well and truly on to the start of the tournament, we hope these concept designs get the juices flowing a little more.

Football boot technology continues to grow year after year, so is it that crazy to think that leading tech innovators like car manufacturers may get involved in football boot production down the line?

The answer is we don’t know. But, what we do know is that close affiliations have already been formed between football teams and car manufacturers so who’s to say there won’t be some more collaboration down the line. Weirder things have happened. 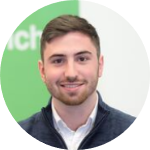