Is your company is offering you the choice of a company car or a cash car allowance? Is your brain frazzled trying to work out which option works out best for you? We're here to help!

In 2021, HMRC closed a loophole which meant you could simply pick whichever option worked out cheapest tax-wise.

If you were only given the option of a company car, you are always subject to company car tax (A.K.A. benefit in kind, or BIK). For 2022-23, the BIK rate for electric cars is just 2%, resulting in rock bottom company car tax.

If you go for a company car allowance, it is taxed as additional salary, so you pay income tax on it.

If you're given the choice between the two:

In this article, we're going to explain:

Which option is best for me?

Deciding which option is best for you depends on:

The amount of cash you'll have to fork out is likely the most important factor for you, so we'll look at tax firstly.

If you're given the option between the two, the amount of tax you pay depends on whether you choose to take the car allowance or company car.

We've got a few examples to demonstrate how you'd work this out below. In general, if you are being given the option of an electric company car, you will almost always pay income tax rather than BIK tax, regardless of the cost of the car and your personal income tax band.

How to calculate tax on company car allowance?

We've dedicated a full post to explaining how car allowance works, so if you aren't being given the option between the car allowance or company car, then we advise you head on there - what's to come in this post is a bit of headache to wrap your head around!

Your car allowance is normally added on to your monthly salary. Because of this, HMRC views it as additional salary (rather than an additional work perk). Since it is considered part of your salary, you need to pay:

On the whole lump sum (your original salary and the car allowance together). At Lease Fetcher, we're not accountants, so we are only going to focus on income tax for the purposes of comparison.

Use the following calculation to work out how much tax you'll pay on car allowance:

Your income tax band differs depending on where you are in the UK:

How to calculate tax on a company car?

A company car is seen as an additional work benefit, so you need to pay benefit in kind tax (also referred to as BIK tax, or company car tax). We've dedicated a whole post to how company car tax works, so if you don't have the option of a car allowance, please head there!

This calculation is based on the value of the car, the amount of CO2 it emits, and your personal income tax band.

Use the following calculation to work out how much tax you'll pay in company car tax:

To find the CO2 tax band, you see this list of up-to-date BIK tax rates. We have linked the income tax bands in the section above, depending on where you live.

To make things easier (we hope), we'll use the example of "Jane":

Let's see how much the company car tax comes to first.

In this instance, regardless of whether Jane takes the car allowance or the company car, she has to pay income tax, not BIK tax.

Since Jane must be taxed on the car allowance, she actually has to pay £10,331.69 more than she would of if she had only been given the company car tax option. Not a very sweet deal...

How would it work if Jane were in England?

Jane's company ask her to relocate to England. How would the situation change now?

Let's see how much the company car tax comes to first.

Jane's BIK liability is now even less than it would be if she were in Scotland, so she still has to pay income tax on the higher value of the cash allowance. This income tax will be significantly less now that Jane lives in England, as shown below:

Now Jane only needs to pay £1,077.80 more than she would if she only had the company car option.

Jane decided she was too homesick and moves back to Scotland. Her company shakes up their car options for her:

Even though she is being offered a much pricier car which is a major gas guzzler, the BIK tax (£3,150.03) is still lower than the £6,000 allowance, so she'll have to pay income tax on the allowance no matter which option she chooses.

Jane's company decide she deserves a big pay bump. This is how her situation looks in this final example:

How much company car tax would she be liable to pay?

In this case, in terms of tax only, Jane would be better off going for the car allowance, since the income tax works out lower than her income tax + BIK with the company car. She would save £319.46/month in tax.

Will I pay less tax on a company car or a car allowance?

As we said already, HMRC have closed loopholes that previously allowed you to simply choose the option which resulted in the least amount of tax.

If you go for the company car, you pay the option which results in the most tax regardless.

If you are being offered an incredibly expensive company car that emits CO2 like there's no tomorrow, then, purely from a tax perspective (and eco-conscious perspective...), you are often better taking the car allowance.

Other Non-Tax Expenses To Consider

Let's take a look at other expenses Jane might need to consider.

So that she doesn't have to dip into her own savings, this £395/month needs to cover the cost of his monthly finance (if she goes for a finance deal, like a lease) and other ongoing costs like insurance and maintenance.

Whilst it's hard to give a concrete figure for insurance and maintenance, we can roughly work out how well the car allowance stretches based on UK averages:

This isn't an exact science, and she would need to consider things like fuel too, but Jane would be free to get a car somewhere in the region of £300-346 a month. She has plenty of choices (just look at these available car lease deals for £300-350 a month with 1 month initial rental) so she won't need to dip into her own pocket.

If Jane was a 41% tax payer, it would not be as generous. £6,000 taxed at 41% leaves her with £3,540/year, and when you subtract £586/year for insurance and maintenance, it leaves her with a maximum £246 to play around with without dipping into her personal funds. This massively limits her choice of cars, leaving her with much smaller car models available to lease for £200-250 a month with 1 month initial rental.

You should also consider your personal preferences and circumstances when making your final decision.

If you plan to cover a lot of private mileage, a car allowance might suit you better. You'll use the car as your personal car too, and you'll be able to reclaim business mileage. The car will be yours to keep even if you leave your company, which won't leave you in the lurch without a main family car.

However, with a company car, most of the responsibility for repairs and maintenance is on the company's shoulders. If you already have a hectic life and a main family car, you might not want the hassle of organising ongoing servicing, MOTs, and more for an additional car.

These personal preferences should be considered alongside the total costs of each option so you can properly decide whether a company car or car allowance suits you best.

Pros and Cons of Car Allowance

Pros and Cons of Company Car

To summarise, the car allowance is a good option if:

A company car is a good option if:

If you decide to go for the car allowance and you're not sure whether to lease or buy a car, make sure you fully inform yourself! Read up on how car leasing works, the cost to lease a car and compare lease deals with us - we have gathered the best personal leasing deals on the UK market right now. You may be entitled to a car lease tax deduction if you go down this route. 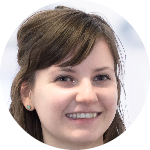